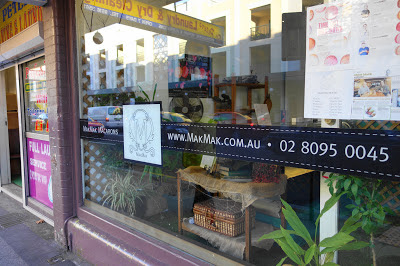 MakMak (601 King St, Newtown) has finally opened a retail store in St Peters end of King St! Prior to this, MakMak was exclusively a wholesaler, so one could enjoy their macarons by pre-ordering or by going to one of the stores / restaurants / cafes they supply to (e.g. Via del Corso in Level 5 Food Court in Westfield Sydney or Sweet Infinity at the Strand). In a blind tasting test carried out by Timeout Magazine, Christine Manfield (Universal), Peter Gilmore (Quay) and Ross Lusted (The Bridge Room), rated MakMak as the best Macarons for texture, flavour, lightness and presentation (http://www.au.timeout.com/sydney/restaurants/features/11434/time-out-mac-down) . So it goes without saying that I was excited to hear that MakMak was opening a permanent retail store and would make a special trip to Newtown to finally try the famed macarons.

The most impressive thing about the macarons at MakMak is the consistency. The biscuits are all the same size, the tops have a nice gloss and the crust are crisp like an egg-shell. And the fillings are so delicious and the flavours taste so natural and not artificial. The macaron is an enjoyable bite sized treat that is chewy and melts in the mouth! I too think that MakMak make the best macarons!

Here’s what MAB and Qoo01 thought of the flavours we tried: 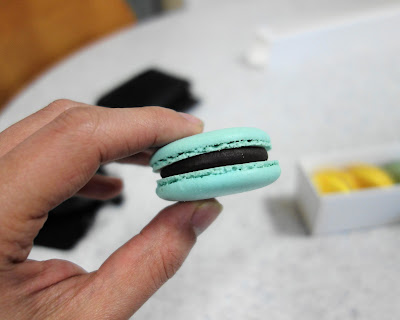 Very enjoyable flavours! We especially liked the actual peanut butter in the centre of the macaron.  Kind of like a Snickers Bar.
(2) Bounty (brown / white) 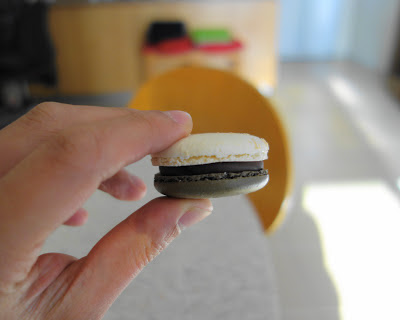 Wow! Just amazing! This was the best macaron in terms of texture with the bits of coconut. Tastes just like a Bounty bar except better! 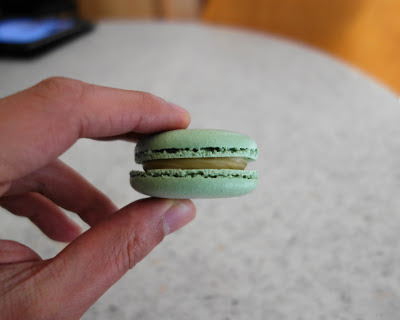 Good ol’ pistachio! Classic flavour that I love in macarons or gelato. This one is no different. Great rendition of the tried and tested goodie! 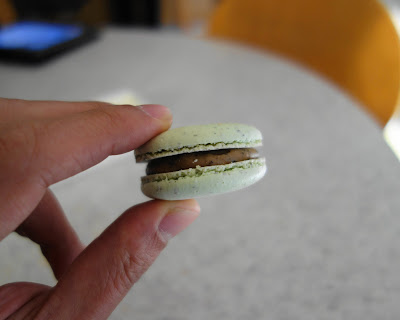 This was the consensus least favourite macaron. The peppermint was not overpowering, which I like. But the tea flavour doesn’t really shine here. Qoo01 says that the macaron reminds her of Chinese herbal medicine. Maybe this is due to her dislike of all things peppermint. I don’t hate this macaron as much as Qoo01. 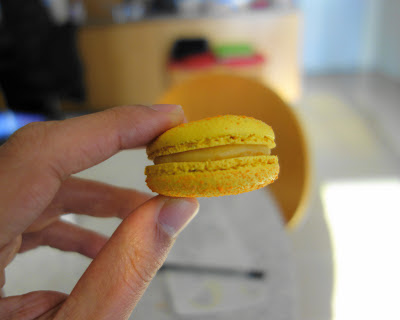 A very very fruity macaron and enjoyable one. The passionfruit and orange flavours really shine here without being too overpowering or sour. Can’t really detect too much lemon myrtle though.

Rankings
All in all, four out of the five macarons are very good. It is difficult to separate these and rank them as they were so good. So here’s what MAB and Qoo01 settled with

In other words, MAB and Qoo01 still have different taste buds!