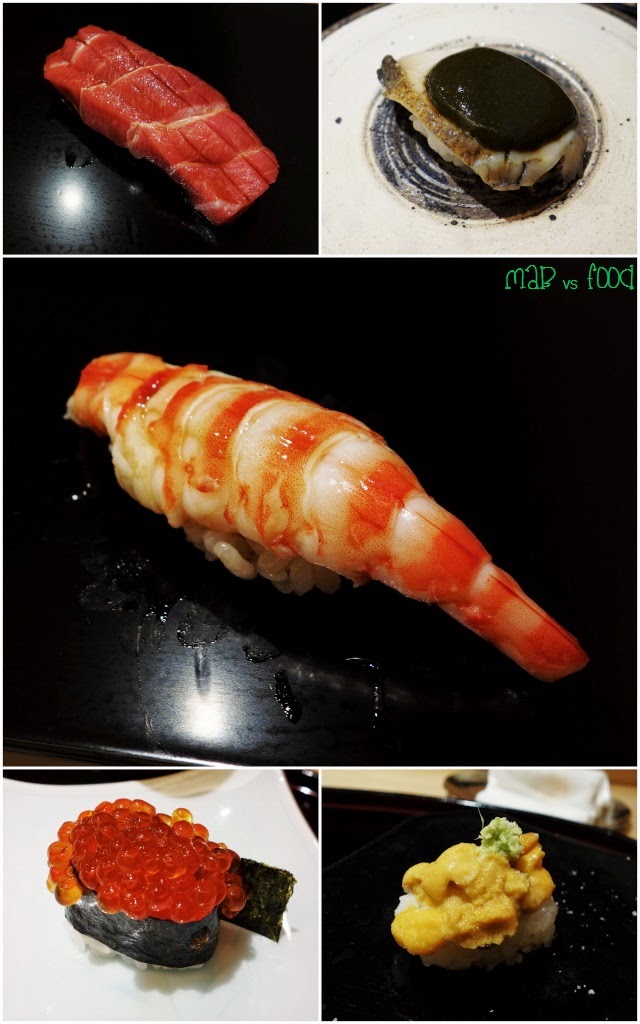 My first post from my June trip to Hokkaido is about my meal at Sushi Tanabe in Sapporo. Sushi Tanabe is one of four restaurants to be awarded 3-Michelin stars in the one-off Michelin Guide 2012 for Hokkaido. Sushi Tanabe is located in Susukino, which happens to be one of the largest red light districts in Japan.  Sushi Tanabe is not the easiest restaurant to find due to its small signage, so make sure you have a map and directions with you. Otherwise you may find yourself surrounded by pink parlours and soapland stores...

This takes me to a short story that I wanted to share that makes my meal at Sushi Tanabe memorable for all the wrong reasons. After the meal, I was approached by a man as soon as I emerged onto the street, who spoke to me in Japanese. I had no idea what he was saying exactly, but I had a pretty good idea what he was up to. So I kept walking briskly towards Susukino station, shaking my head and saying no to him. But this man wouldn't give up easily and kept following me, continuing to speak to me in Japanese. After a while, when he finally worked out that I didn't understand a word he was saying, he asked me, "Do you want sex?" It wasn't til I sternly told him to go away did he get the message that I was not interested. Does every guy wandering around the streets of Susukino on their own at night come to Susukino for sex? Can't they be here for sushi?

Any way, back to the restaurant. The head chef and owner of Sushi Tanabe is Masashi Watanabe, who previously had a sushi restaurant at the luxury hotel Windsor at Lake Toya (which houses the 3-Michelin star restaurant of French master chef, Michel Bras). Sushi Tanabe is different to other high end sushiyas in that there are three sushi chefs rather than one masterchef that serves the entire restaurant. My sushi chef for the night was Daisuke Fujiwara, who spoke fluent English.

Like other sushi bars, diners are seated around a wooden counter, where the chefs prepares the sushi in front of you. For me this was one of the joys of this meal, it was like theatre. I was enthralled by the sushi chefs' skills through the entire meal. From the meticulous knife skills on display to slice or score each fish to the almost flowing hand motions of the chef when he moulds each nigiri sushi into shape. This was as beautiful as any work of art, I reckon.


The menu includes a nigiri set menu, three different omakase courses and a la carte choices. For the best experience I went for the large omakase course (16,500 yen excluding tax) that consisted of an appetizer, 5 kinds of sashimi, grilled dish, 12 pieces of sushi, miso soup and dessert. You can choose to replace dessert with "rare fish food", which I opted to do since I was here to indulge in as much seafood as possible (you don't go to a sushi restaurant for creme brulee, right?).


So how was the sushi? It was without doubt the best sushi that I have ever eaten in my life (although I haven't had the opportunity yet to eat at any of the 3 star sushiyas in Tokyo)! It helps that Sushi Tanabe is in Hokkaido, the home to some of the best seafood in the world!

Not only was I blown away by the extreme freshness of the seafood, it was the tremendous variety that captivated me the most. This kind of variety is something that I have not encountered anywhere; back at home in Sydney, it's mostly salmon, tuna and kingfish.


But at Sushi Tanabe, I was served over 20 different items, featuring Hokkaido crab, octopus, Hokkaido oyster, medium fatty tuna, abalone, sea urchin, sea eel and much more. Oh boy, each piece was orgasmic (I mean delicious) in their own way! The progression of the meal and how one course led to another was phenomenal and for me made this the ultimate tasting menu experience!

Then there are the things that the chefs do behind the scene. Each fish is expertly prepared to get the most out of each specimen. Some were served raw, some aged for a few days, some marinated in vinegar and/or salt, and others steamed or boiled. Then the chef would season each piece to perfection with the right amount of tare (sauce), freshly grated wasabi, salt, or lime juice. The level of care and attention to detail was evident with each bite.

And the shari (vinegared rice)! I love eating well cooked rice, and this was no exception. The rice had a wonderful balance of vinegar and sweetness and was served at body temperature. The chef moulded each nigiri into shape so the rice just holds together and collapses in the mouth, such that I could taste each soft, fluffy grain. The combination of the shari with the neta (topping) was sublime; I was in heaven with each bite!


At the conclusion of the meal, Daisuke-san gave me his business card and asked me to come back to Sushi Tanabe the next time I'm in Sapporo. You can pretty much guarantee that I will be back at Sushi Tanabe if I ever return to Sapporo based on this experience! This meal really opened my eyes to the art of sushi in Japan and the world of high end sushi. I would love to come back to Japan and try other high-end sushiyas like Sukiyabashi Jiro, Sushi Saito or Sushi Sawada to experience more perfection.

Verdict
Highlight: Hokkaido seafood at its finest: crab, abalone, sea urchin, oyster, octopus... the list just goes on!
Lowlight: The dude that tried to sell sex to me and wouldn't give up easily as I was making my way back to Susukino station.
Overall: My meal at Sushi Tanabe is easily the best sushi I have eaten so far. The freshness and variety of seafood and the progression of one course to the next absolutely blew me away. This meal was most definitely a 3-Michelin star experience, worthy of a special journey.  9/10 (Outstanding)

Now you can feast your eyes on the best seafood I have ever eaten in my life :) 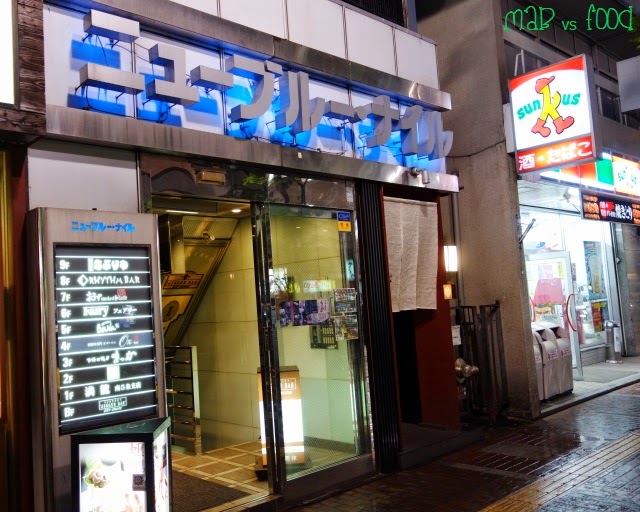