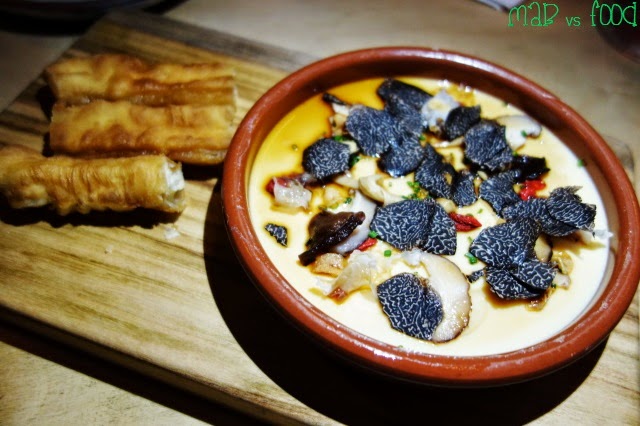 Devon Cafe is one of my favourite cafes in Sydney; I have been here for breakfast countless times (due to its close proximity to Central Station and to occasionally treat myself to something special before work just because it's Devon). Devon Cafe has a knack of coming up with new crowd-pleasing dishes that keep showing up on Instagram feeds, thanks to people like me.  These 'greatest hits' include the likes of Devon's Ultimate Toastie, Lost Little Bread, Eggs Blini and Breakfast with the Sakumas.

Devon Cafe is now in its second week of offering its new dinner menu (or Devon by Night) on Thursday, Friday and Saturdays nights. Head chef Zachary Tan has created a menu that features dishes that are influenced by his Malaysian heritage. Zach informs us that a tasting menu is being planned and is not on offer yet. So for the time being, only an a la carte menu is available.

So does Devon by Night give us more cracking dishes to add to its growing list of greatest hits? I decided to organise a meal with Elena from Ellie's Belly Adventures, Crystal from Delectably Degusting and Crystal's friend, M to find out.

We sat at the back of the cafe, which had a cool, grungy feel with walls grafittied in funky street art. The lighting in this area however is not the greatest; but with the assistance of M and her trusty mobile phone light, there was the necessary lighting for 3 food bloggers to happily snap away. Thanks M for being patient with us, particularly with our fussing over what the optimal angle for each plate of food is!

Memories of salted peanuts / peas sold in a paper cone from Malaysian hawker stalls came flooding back to Elena when she saw Kacang Puteh on the menu, so she suggested that we order a cup of these to snack on. These spiced fried chickpeas were incredibly addictive, with its crisp exterior and soft, melt-in-your-mouth centre.

Our first proper course arrives and it is a spear of chargrilled baby corn each. The baby corn was served on its husk and dusted with coffee powder, both of which which our waitress warns us not to eat as they are for aesthetics only. I love fresh baby corn (not the canned stuff please) for its nice, sweet flavour and its crisp texture. The smoky flavour that the corn had taken on from the chargrill, together with the umami of the miso butter made for one delightful baby corn. Only problem was, it was over too soon.


Next up was a definite crowd favourite in KJI fried chicken. The chicken wings were coated in a very crispy batter and served with a sweet and sour go chujang sauce with peanuts for us to smother the chicken wings in.

Devon's version of popular Malaysian street food, sate babi, came as chargrilled pork skewers served with a sweet potato and peanut sauce. The sweet potato sauce was delicious and there was plenty of it to go around. Any trace of this sauce was mopped up with the toasted breads that came with the skewers.

Then an army of the much-anticipated lobster rolls arrived. I insisted that we order one each as there was no way I was going to be sharing. Each roll is filled with half a lobster tail, radish, tatsoi and kewpie mayo. The brioche roll is fluffy and buttery. Each bite of this roll was a delight and I soon realised why this lobster roll will become one of Devon's most Instagrammed dishes.


More chargilled goodness! The chargrilled jumbo prawns were finger licking good; they were sweet, meaty and smokey. The prawns came with a dipping sauce containing spicy, tangy Penang Hokkien mee flavours. But the prawns arrived with their heads decapitated (so unfortunately, I didn't get a chance to suck up its wonderful head juices).

Aunty Yulia is Noni's mum (Noni along with Derek Puah are the owners of Devon Cafe) and these beef short ribs are inspired by her recipe. The short ribs are slow cooked in Indonesian sweet soy; the beef was so tender that it falls right off the bone with just a fork. Aunty Yulia, you sure can make damn good ribs!

To the side of the short ribs was a spicy tomato and basil relish, which was not just spicy, it was fiery hot, just the way I like it.

Next dish is the one that we had all been waiting for, well the truffle-crazed fanatic in me at the very least. The pungent aroma of fresh WA Perigord black truffles wafting through the air had the four of us swooning! Truffle is like a powerful drug that I have an addiction to; I just can't get enough of that wonderful, intoxicating aroma!

Whilst the star of the show was definitely the truffle, the Chinese steamed egg custard plays a wonderful supporting act. The egg custard was wobbly, soft and silky smooth. The egg custard contained shiitake mushrooms, fungus, yellow needle flowers and goji berries. There were also crispy batons of Chinese fried bread, but these really couldn't really be dipped into the egg custard. This course was my favourite course (for the time being).

Dessert time! We made a conscious effort to leave enough room for dessert, so we decided to order 2 of each dessert to share between the four of us.


First dessert is a fried vanilla ice cream coated with coconut, covered with kaya jam and served in a bao. The bao was soft and fluffy. And the coconut flavours were delicious. But unfortunately the ice cream had completely melted and ran all the way down our hands by the time we took our first bite. So this dessert felt like eating fried coconut batter in a bun rather than having fried ice cream.

These were tamarind and chilli popsicles. They were refreshing and had a pleasant sweet and tangy flavour with a nice chilli aftertaste. The taste of the popsicles reminded me of hua mei (Chinese preserved plums), a childhood favourite of mine.

And last but not least, is the dish that stole the show and clear favourite!  The entire table was silent as we savoured the amazing flavours inside this little glass cup. A spoonful of coconut jelly, sago, guava sorbet and freeze dried pineapple was so refreshing, sweet, fruity (duh!) and delicious. This is one that I will definitely be coming back for!

Verdict
Highlight: Coconut jelly, guava sorbet, freeze dried pineapple. And egg custard with fresh WA Perigord black truffle.
Lowlight: No bookings are taken for Devon by Night and the popular items (such as lobster rolls and egg custard) sell out on busy nights, so grab a table early to avoid disappointment.
Overall: It was a fantastic night out at Devon by Night filled with lots of delicious food that's ideal for sharing. Most of the dishes we tried were enjoyable; I think it's time to include the lobster rolls, the truffle egg custard and the coconut jelly with guava sorbet on Devon's growing list of "greatest hits". 7/10 (Great) 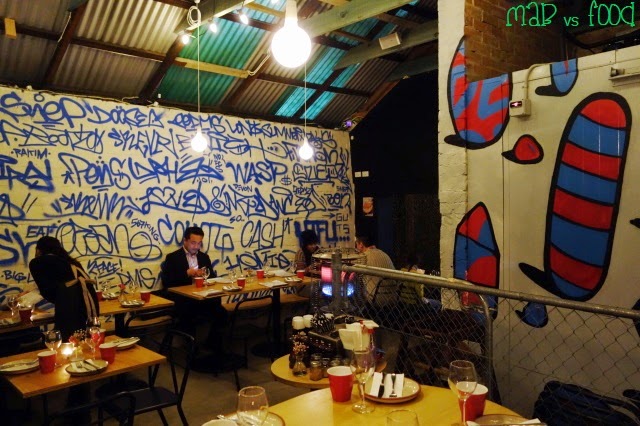