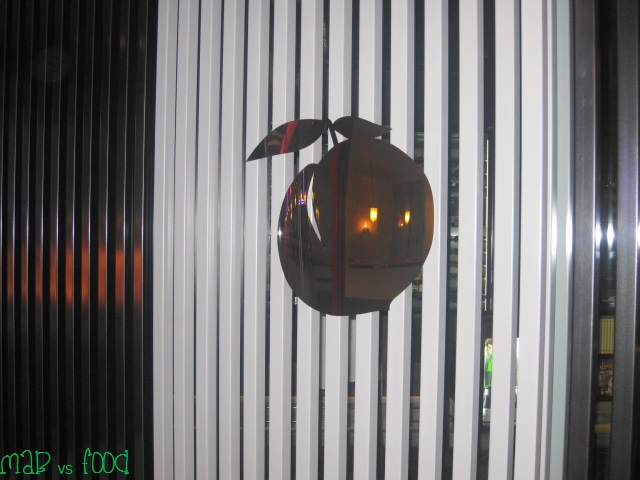 Today's entry is one from the archives, my meal at Momofuku Seiobo (The Star, 80 Pyrmont St, Pyrmont) about a month after its opening back in 2011. From time to time, I like to reminisce about some of my best meals before I got into food blogging. And the photos were taken with my old point and shoot camera, a Canon IXUS 100, which has seen better days, so apologies for the image quality. Hopefully they do the job.

Momofuku Seiobo is David Chang’s first venture outside New York. The brash American is a global star that needs no introduction. Such is his stardom that he was named by Time Magazine as one of the Top 100 Most Influential People in the World in 2010. I was so excited to see David Chang choose Sydney, but why Sydney and The Star of all places? There are many other bigger cities he could have chosen and in his own country too. I am not complaining though, and I was going to do anything to make sure I would eat at Momofuku.

Securing a reservation at Momofuku also means navigating the somewhat draconian online booking system. New reservations were released each day at 10am 10 days before the day you are trying to book (it has since changed to 20 days in advance). But you need to be quick as bookings are all snapped up within minutes (especially a Friday night reservation, which is what I was looking for). I still remember sitting in front of computer madly refreshing the reservations page from 9.59am until the new set of reservations were released. These are the lengths that I go to eat at highly sought after restaurants.

And wow, what an experience it was! Love it or hate it, this place has attitude and personality. Gone are white tablecloths, fancy cutlery and heck even tables. There's loud music such as AC/DC playing in background. There's a picture of Angus Young hanging on the wall. What I love about Momofuku is that you sit at the counter and watch the chefs prepare your meals in front of your very eyes in the open kitchen and then serve each course to you. Now this is my idea of theatre and taking the open kitchen to another level. David Chang might had already flown back to New York, but Peter Serpico, David Chang’s former right hand man at Momofuku Ko in NY, was in town and overseeing the kitchen on the night. I believe he has since left Momofuku to open his own restaurant in Philadelphia (which is named Serpico after himself).

There is only a tasting menu of around 14 courses at Momofuku ($175 at the time of meal, now $185). Vegetarians are well looked after at Seiobo and there is a vegetarian alternative for my wife (unlike at the Noodle Bar, where David Chang famously took every vegetarian item off the menu after a customer had complained about the lack of vegetarian items). It’s not all about that famed pork bun at Seiobo, although the pork bun is pretty awesome and certainly deserves its reputation. We were taken on an amazing gastronomic journey like no other and there were so many highlights. Some of the courses seemed quite experimental and even crazy but it somehow managed they hit the mark most of the times. Burnt watermelon oil? Crispy milk skin? Miso flavoured ice cream? Petit four of pulled candied pork shoulder? WTF? How does this all even work? I don't know how but it does and it was amazing!

My favourite courses were the hand torn pasta, egg custard and the crab & Yorkshire pudding. Beautiful sheets of thin silky pasta with creamy goats cheese, fragrant basil and mint and cherry tomatoes that burst in your mouth are a match made in heaven. The savoury egg custard, Momofuku's take on the Japanese dish chawanmushi, is absolutely divine. It was so silky smooth and delightfully moreish. But for me the crab & Yorkshire pudding was the best course of the night. Perfectly cooked crab meat was sweet and delicate, Yorkshire pudding was deliciously crabby and the butter and pepper sauce was so amazing. This is the kind of dish that made me want to scream out "this dish was effing amazing" at the top of my lungs! These courses, along with the rest of the meal, can be seen in the pics at the end of the post.

I would recommend Momofuku Seiobo to anyone that is looking for a memorable meal. I do suggest going the full 14 course experience. However there are other options too that don't cost as much. The 8 course lunch menu is $110 looks like decent value and I may just come back to try it for a special occasion. And there’s the no reservation, first come first served bar menu. There are only 5 seats, so probably best to come at 6.30 when they open. This is the best way to try that famous pork bun without having to go for the full-blown tasting menu. Plus there are other goodies like spanner crab roll, fried brussel sprouts, confit chicken wings and roasted rice cakes on the bar menu that sound mouth watering.

Verdict
Highlight: There were quite a few "stars" in this meal, including the hand torn pasta and egg custard. But the crab and Yorkshire pudding was a whole new level of amazing!
Lowlight: ZOMG, so much food! This is the most full I have ever felt after a degustation and I think I am one with a large appetite. I was already full to the brim by the time the petit four (of candied pork) came out. How can anyone say no to that pile of sweet, juicy, succulent pork meat? It didn’t help my overworked stomach lol
Overall: Sydney is extremely fortunate to have a restaurant that's part of David Chang's Momofuku empire. Come to Momofuku for a rollicking meal. The food here is wacky at times but is exceptional in execution and flavours. Watch the chefs display their fine skills. You will be impressed and I can assure that you will have a great time. 8.5/10 (Excellent)