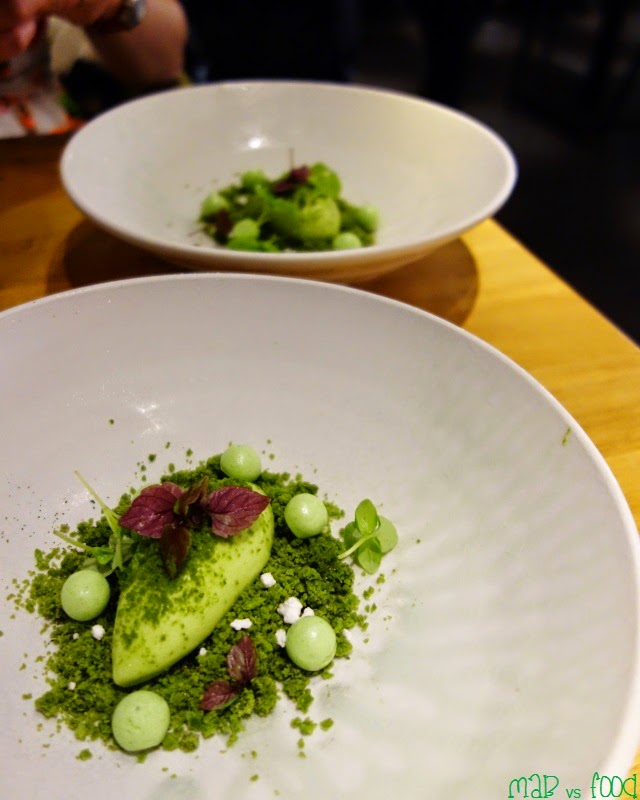 LuMi Bar & Dining has been on my radar well before its opening in September last year. I don't keep my love for Ormeggio at the Spit a secret, where LuMi owner and executive chef, Federico Zanellato, was head chef for 4 years before leaving to open his own venture with restauranteur, Bill Drakopoulos. After several booking changes due to circumstances beyond my control, I finally made it to LuMi on Friday night with my wife.

LuMi is located in Pyrmont in a space that resembles a glass box.  Lumi is Italian for small lights, reflecting the multitude of pendent lights hanging from the ceiling. LuMi is also the combined name of Federico Zanellato's twin daughters, Luna and Mia.


Federico is a chef that has a CV that will make most chefs jealous. He's done stints at 3-Michelin star restaurants (La Pergola in Rome and Ryugin in Tokyo), Noma, Attica on top of his head chef gig at Ormeggio. So it's no surprise that LuMi has been a very popular restaurant since its opening and has received widespread praise from food critics and bloggers alike.

LuMi is pitched as a casual fine dining restaurant and offers an 8 course degustation-only menu for dinner. At $95, LuMi represents unrivalled value  in a city where $100+ tasting menus are the norm. The food is modern Italian with Japanese influences. As always, my wife had the vegetarian menu.

The meal kicks off with a series of snacks delivered to us in rapid sucession. There was a crumbly porcini brisee with mascarpone and shaved walnut and salt and vinegar rice chips. Salt and vinegar chips seem to be a mainstay at fine diners these days, but these ones were a standout: light, paper thin and very well seasoned.


LuMi's sourdough has a robust flavour, a lovely thick crust and is served with a house churned butter.


Mussels, coconut and seaweed was like a Thai-style mussel dish cooked in coconut milk, which were served as purees in a mussel shell. Coconut was the dominant flavour in this snack, with the sweet, mineral flavour of mussel being quite subtle. The vegetarian version was the same as mine minus the mussel puree.


Since its opening, LuMi has been offering an Italian interpretation of a traditional Japanese dish, chawanmushi. Instead of dashi, LuMi's chawanmushi was cooked using Parmesan consomme and topped with tomato water and strands of basil.The chawanmushi was silky smooth, and wobbly, which are traits of every good chawanmushi. The dish tasted unmistakably Italian, but executed with the precision and balance found in Japanese cuisine. Just heavenly!


The potato and rosemary focaccia is not like any normal focaccia. I often find focaccia quite heavy but this was light and fluffy. Amazing!

Finely diced veal tartare was mixed with roasted capsicum on a pool of tarragon emulsion and topped with puffed buckwheat. The softness of the veal with the crunch of puffed buckwheat was a textural delight. The tarragon emulsion, which was sweet and had a slight aniseed taste, added another dimension to the dish. A dusting of togarashi added some nice kick to the dish. This veal tartare is up there amongst my favourite tartare dishes in Sydney and was one of the highlights of this meal.


The vegetarian version of this dish leaves out the veal and increases the portion of roasted capsicum. This dish was also one of my wife's favourites. The togarashi did make her lose her marbles for a bit and she has been kicking herself since for not developing an appreciation for togarashi earlier.

Four discs of spelt ravioli were filled with burnt butter and pumpkin puree. We were instructed not to cut these on the plate, instead we should eat them whole. The pasta is delicately thin and the raviloi bursts almost immediately in the mouth, releasing the most incredible flavour! For me, brown butter is a total game changer: nutty, "caramelly" and was so good with the sweet, creamy pumpkin.  This creation is surely an ode to the famous fagotelli carbanora, a dish that Federico would have cooked countless times during his time at La Pergola. The ravioli was topped with pumpkin seeds, avruga caviar (omitted in the vegetarian version) and chives.

You know the pasta course is going to be awesome given the chef used to ply his trade at Ormeggio (where you will find the best pasta in Sydney)!  Al dente strands of tonnarelli were glistening with squid ink sauce. The sauce tasted of the sea and was damn delicious, but there is no mistaking that it's salty and intense. The bottle squid was tender but retained a nice bitey texture. Candied orange peel and purplette onions help cut through the richness of the dish.


The vegetarian course was risotto cooked with tomato water. The risotto was on point, with its perfectly al dente grains of rice and creamy texture. The tomato flavour worked extremely well in this risotto and was well balanced with the balsamic reduction, fennel and chives. This risotto is up there with some of the better risotto dishes we've tried in Sydney.

My final savoury course was beef cheeks, which were covered with a blanket of paper-thin cauliflower and dusted with smoked kale powder. I always get excited when I see beef cheeks for its rich, deep flavour and its melt in your mouth softness. The braised Angus beef cheeks were, to no one's surprise, tender and had a nice, slightly crisp exterior. The pairing with parsley emulsion and the subtle kick of horseradish was a winner.


My wife's final course was salt baked baby turnip with Gruyere fondue and porcini powder, another of my wife's favourite dishes for the night. The Gruyere fondue was pretty freaking incredible and shows up most cheese fondues out there. The turnips were juicy thanks to the salt baking process.

The first dessert, Evergreen, is one of LuMi's signature dishes and has been on the menu since day one. Evergreen is part palate cleanser, part dessert and part genius - a really clever transition from savoury to sweet. Basically it consisted of five herbs presented in five different ways. There's sorrel sorbet, lemon basil granita, mint meringue, shiso jelly and parsley salt. Put all these together and you get a dessert that is ridiculously refreshing with well rounded flavours and a variety of temperatures and textures. In short, this was an awesome dessert! I suspect that Evergreen will be talked about for a while yet and Federico will have a hard time taking this off the menu (at least I hope he doesn't!).

The finale to what has been an incredible meal was another stunner in young ginger ice cream with white chocolate foam, passion fruit powder, lime zest, yogurt crumble and meringue. The young ginger ice cream was very pleasant and not at all overpowering. The passion fruit and lime zest added a sour tang, which was nicely balanced by the sweet, milky white chocolate foam. The yogurt crumble and meringue provided texture.

Verdict
Highlight: Evergreen is one of my favourite desserts in Sydney at the moment.
Lowlight: I am not the biggest fan of the glass box design of the restaurant.
Overall: At $95, LuMi Bar & Dining represents some of the best value on the Sydney fine dining scene, especially given the talents of the head chef, Federico Zanellato. The food here is some of the most innovative, thoughtful and clever you will find. A shoe-in for hats from the next edition of the Good Food Guide. 8.5/10 (Excellent) 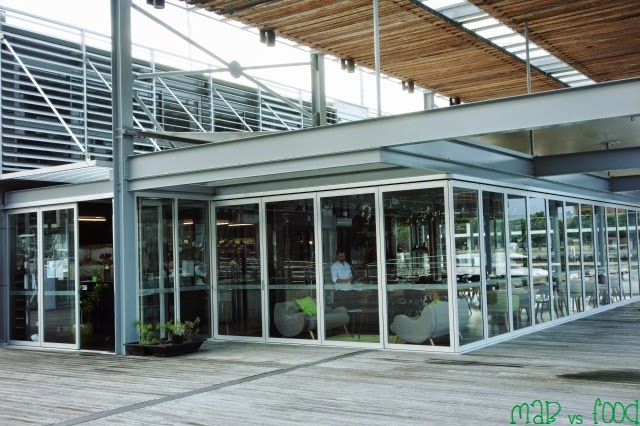