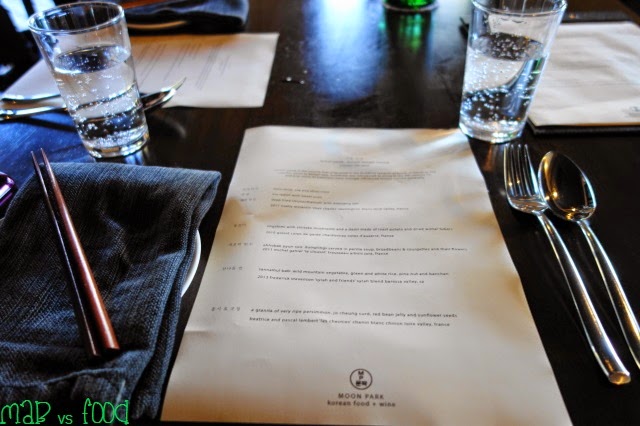 Good Food Month (otherwise known as, "how to make me broke" month) is well and truly underway. It seems like every year the events during the Good Food Month keep getting better and better thereby giving me more things to tempt me into going broke.

The first event that my wife and I attended in this year's Good Food Month was sachal umsik (Korean Buddhist temple food) at Moon Park, which was one of the World Dinner events where restaurants offer diners a special menu serving authentic cuisine from destinations such as Mexico, Korea, Portugal, regional Indonesian and Indian. The sachal umsik menu was a 5 course vegan menu for $65. 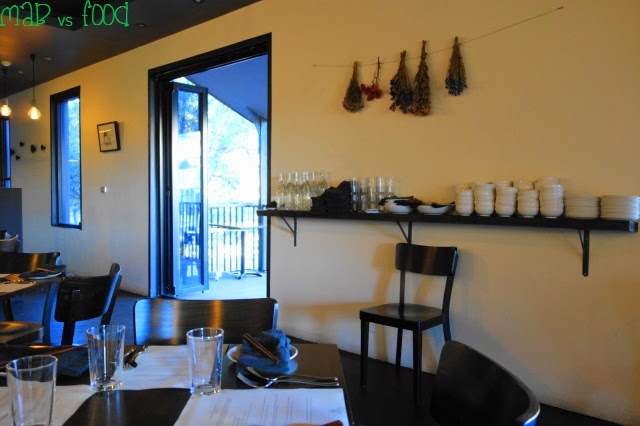 I've tried shojin ryori (Japanese Buddhist cuisine) before, but never sachal umsik. If my amazing experiences with shojin ryori in the past are anything to go by, then I would also enjoy sachal umsik.  Buddhist food is highly seasonal, with an emphasis on using healthy, fresh ingredients and food that utilises clean, natural flavours but still delicious nonetheless. This is the antithesis of the Korean food that we are more familiar with in Australia, which tends to more punchy, fiery flavours. 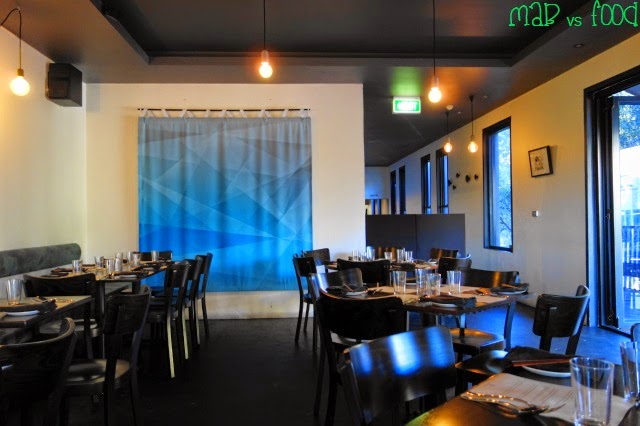 Moon Park is a restaurant that has been on my radar since it opened late last year. I guess when Ben Sears and Eun Hee An, two ex-chefs from fine dining institution, Claude's, decide to open a restaurant, it's going to catch my attention. Moon Park is not just a run-of-the mill Korean restaurant offering the standard fare. Ben and Eun have put their own modern / contemporary spin on traditional Korean dishes like bulgogi and bibimbap. And it seems that they have pulled it off with success given the awards and accolades they have received, including one-chef hat from the SMH Good Food Guide.

Any way, I wasn't here to try the regular menu (that will be for another time). The vegan menu was a great opportunity for my vegetarian wife to try the food at Moon Park and not be limited to just a few dishes.


The first course consisted of a trio of snacks. Chrysanthemum was deep fried to a delightful crisp. The batter was light and virtually greasless. The chrysanthemum was slightly sweet and fragrant and sprinkled with doenjang salt.
The mu radish was also coated in a thin, crisp batter but what made me smitten over this morsel was the sweet yuzu dressing. I adore yuzu and it is used beautifully here in conjunction with soy. But only one each is a bit of a tease!


The other Dotorimuk is a traditional Korean acorn jelly that has a bit of a bitter after taste but a lovely texture. The bitterness is balanced out by soy sauce and shiso cress.


Ongshimi is another traditional Korean food, a potato dumpling, but unlike potato gnocchi, the texture is more chewy, gelatinous and doughy. These were pan fried but I find them a bit heavy.The fresh tofu though was ridiculously silky and just evaporated in the mouth. Incredible stuff! The shiitake mushrooms were meaty, juicy and delicious. And the dashi, which was made from roasted potato and dried winter tubers, was flavoursome and full of umami.


The ehhobak pyun soo was our favourite dish of the night. The dumplings were flat, square parcels filled with strands of zucchini. The texture of the dumpling wrappers was just heaven - so silky, smooth and soft yet maintaining its structural integrity. The filling was quite peppery but wonderfully balanced by a perilla soup and the freshness of broadbeans, courgettes and its flowers. The only problem I had was that there were only 2 dumplings. I could have easily eaten a whole bowl of these!


If there is anything that can be used as a benchmark in any Asian cooking, it's a simple, yet staple bowl of rice. It's something that I have grown up with and loved (being Asian) - so much so that I am happy to eat it on its own. This green and white rice cooked with wild moutain vegetables and pinenuts was quite simply, perfectly cooked rice. The white rice was soft and fluffy and the green rice nutty.

One of the things that I love about Korean cuisine is the variety from banchan, the small dishes served alongside rice. Whilst the range of small dishes here may not be as extensive as what I have seen in Korea, each one was delicious in its own right. There were bean sprouts, pickled Chinese artichokes, wakame and cucumbers and lotus roots dressed in a tasty sweet soy sauce.


I have never been the biggest fan of most Asian desserts but there were certainly components in this dessert that I enjoyed like the persimmon granita and the jo cheung (mung bean) curd. I did find the sesame biscuit a bit sweet relative to the other components and I have never been fond of dried fruits in desserts (dried persimmon in this case). There was some clever use of different textures though from the sunflower seeds, the biscuit, the granita, the curd and the red bean jelly. 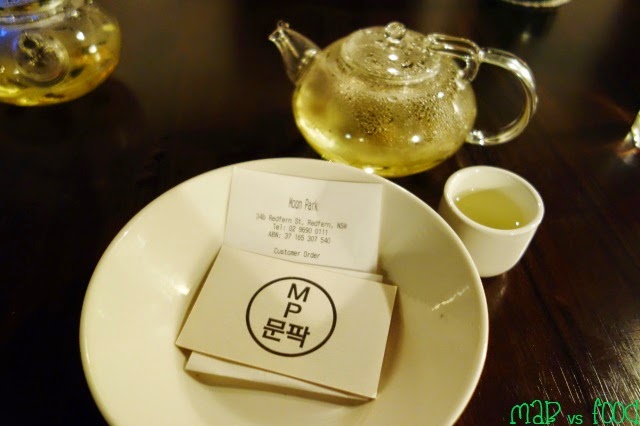 We both left thoroughly impressed with Moon Park's take on Buddhist cuisine. The food was light, the flavours were clean and the meal felt healthy. There is something quite satisfying about a meal where let the purity of flavours of the ingredients themselves do all the talking. Plus it's not like you get to have Buddhist cuisine everyday in Sydney. I did feel that the portions were on the smaller side so I wasn't full after the meal; but this is probably more a reflection of the lightness of Buddhist cuisine itself. Nevertheless, I am keenly interested in returning to Moon Park soon to try their normal menu. 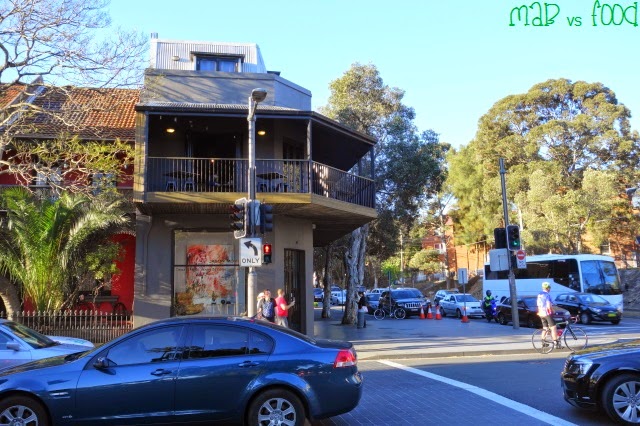