So Albion St Kitchen gets the honour for being my first blog entry. I have a massive log of restaurants (in Sydney, interstate and globally) that I can talk about. It will probably take me years to get through them but I will try!

The wife and I finally dined at Warren Turnbull's establishment at 48 Albion St, Surry Hills, courtesy of a voucher, which gave us anything from the menu up to the value of $100 for $50. Warren has recently rebranded his Surry Hills as 'Albion St Kitchen', a more casual diner than the previous fine dining Assiette. We have always wanted to eat at Assiette but just never got around to it. Any way, here's what we think of ASK... 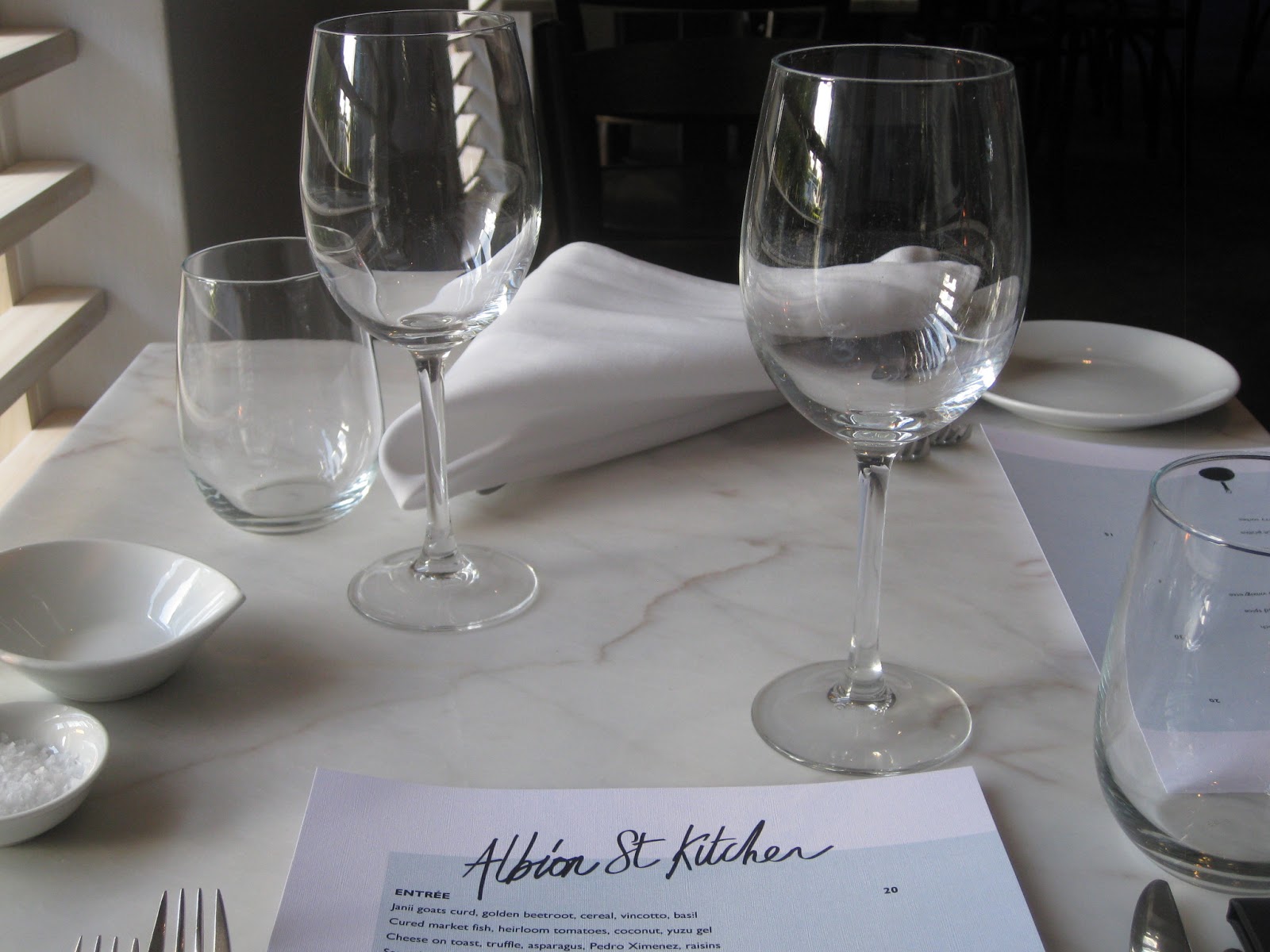 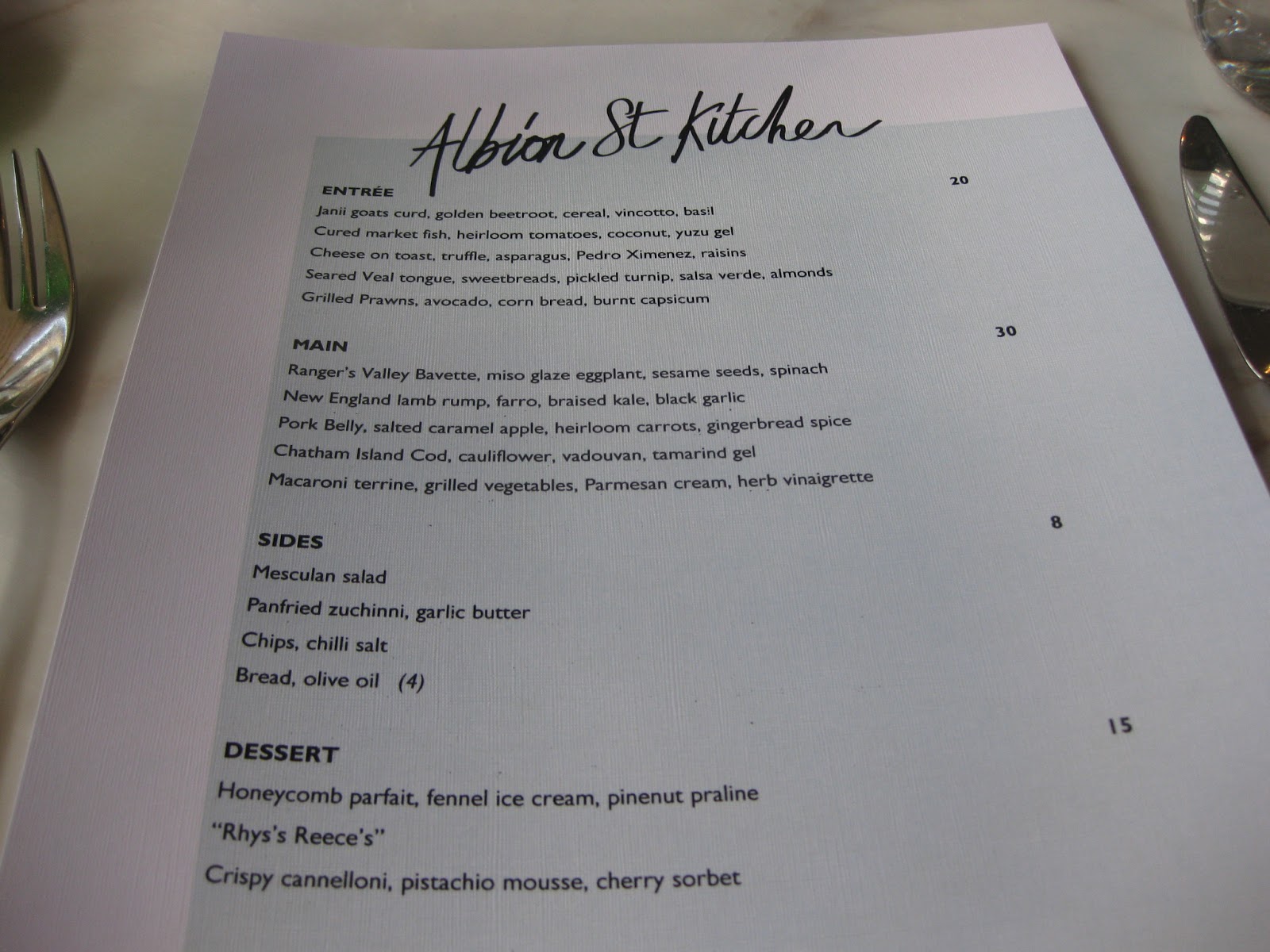 Gone are the white table cloths in favour of marble table tops. The menu has gone way down in price: $20 for entrees $30 for mains and $15 for desserts, so there is pretty decent value here. To me the restaurant still felt like a fine diner, must have been the paintings, white walls and carpet. I am a huge fan of the open kitchen though. It's always interesting to watch the chefs in action and work together as a team. 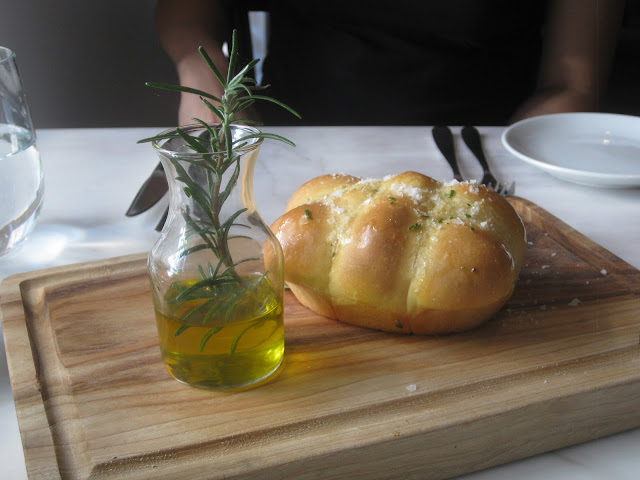 Here is the complimentary bread. The bread was piping hot and must have only just come out of the oven. We both enjoyed the bread as it was soft and fluffy. The extra virgin olive oil was nice too. You can't go wrong with a nice bread dipped into olive oil! 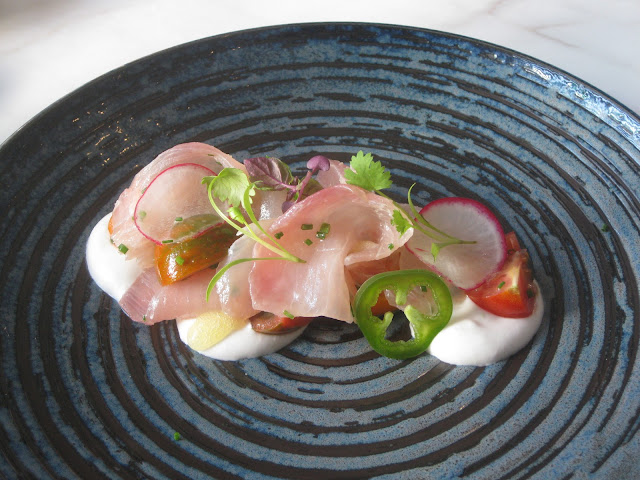 This was my entree. It was a cured king fish. This was a very good entree, a perfect way to start off the evening. It was fresh and it was light. There are a lot of different things happening on the plate, and they all work very nicely together. The saltiness from the cured fish, the creaminess from the coconut, the heat from the pepper, the citrus from the yuzu gel, and then the tomatoes. Couldn't fault this entree... 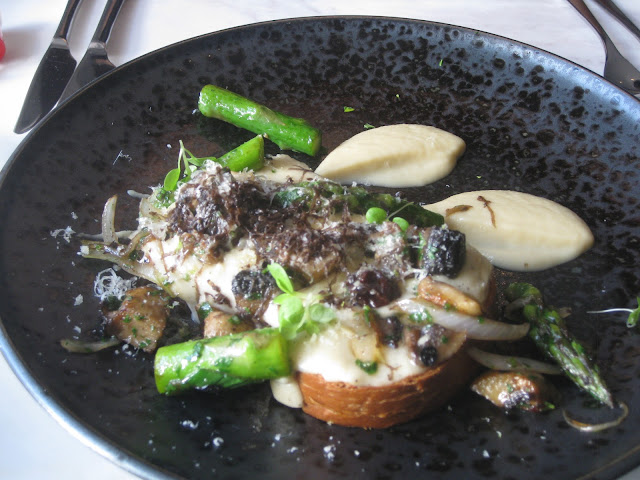 This was my wife's entree. We were very excited about this entree because it used cheese from Pyengana. Pyengana cheddar is some of the best cheese we have ever eaten. I remember tasting this cheese back in our trip to Tasmania in November 2011. We hired a car and drove to the farm (it felt like it was in the middle of nowhere!) and that toastie was absolutely amazing! Any way... this is pretty damn good cheese on toast. The raisins are so good here, as it cuts through the wonderful creaminess and saltiness of the cheese. The bread is like a brioche, it was soft. So another good entree.. 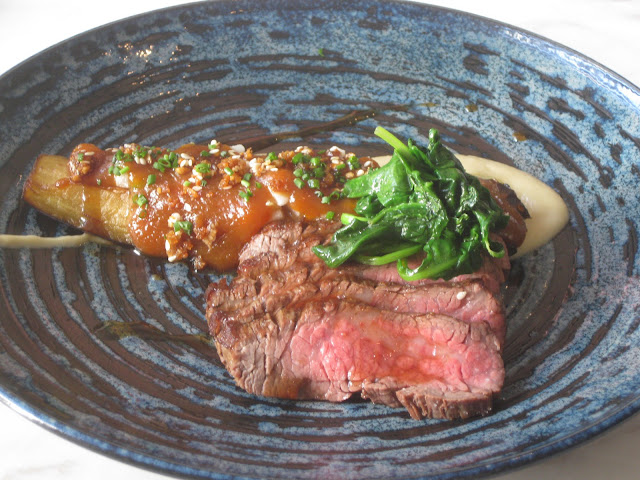 This was a good main. The beef was cooked somewhere between medium and medium rare. It was tender enough and the flavour was quite good. The eggplant miso was very nice. The umami from the miso is perfect with eggplant. I would like to thank the Japanese for discovering this wonderful combination. The eggplant is the winner on this plate! 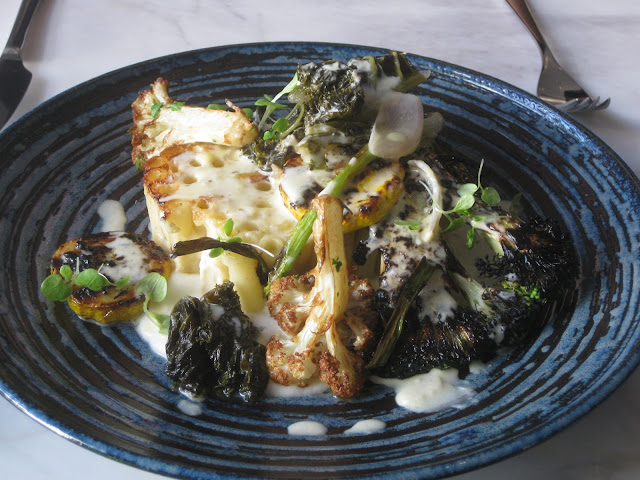 This was basically an upmarket version of the American classic, macaroni and cheese. The vegetables here are cooked very well. The charred bits gives a nice smokey flavour to the crisp vegies. The macaroni and cheese part itself was ok in my opinion. I tried a bit of this dish, maybe it's just me and I am not a huge fan of macaroni and cheese, but it just gets too heavy although the flavours were good. I wouldn't say that the sauce is claggy, but it does weigh you down after a while! 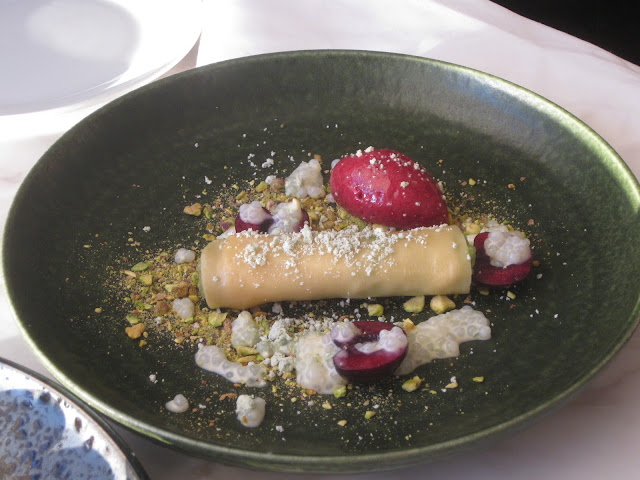 This was a pleasant dessert. The pistachio mousse inside the cannelloni was very good. The cannelloni shell I think was the pinenut praline in the honeycomb parfait dessert and it was wonderful. The cherry sorbet was very refreshing but a bit melted, but that's always an issue with any dessert with ice cream. Plus I had to wait for my wife, who picked a bad time to go to the loo hahaha. And there were bits of tapioca and crushed pistachios to round out the dessert. 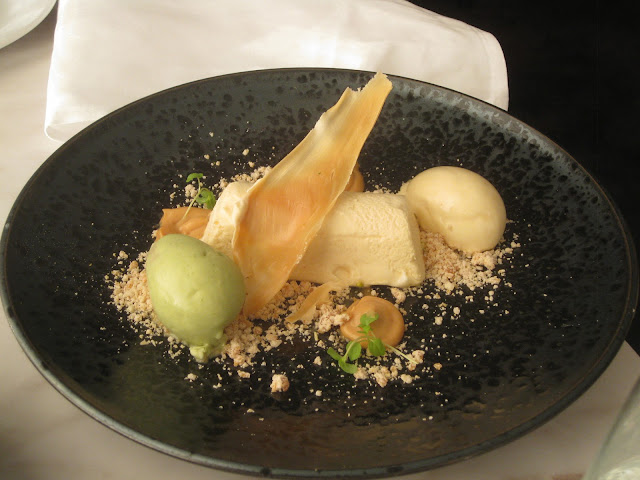 The honeycomb parfait is to die for, the honeycomb flavour is yum! This dessert is definitely a winner! Everything works here: the pinenut praline, the ice cream, the crumble, the bits of caramel. Only problem is, the ice cream was a bit melted, but that is my wife's fault for going to the loo!

Verdict
Highlight: There was a lot to like about the rebranded ASK. I would say the desserts. Ended the meal on a high!
Lowlight: There was not much to gripe about here, it really was a wonderful meal. The macaroni and cheese was probably the weakest course.
Overall: The rebranding looks to be a success given the current difficulties in the Sydney dining scene. It is a  much more accessible menu, but I would definitely not call it cheap. I can see myself coming back here and would definitely recommend coming here for dinner. 7/10 (Great)